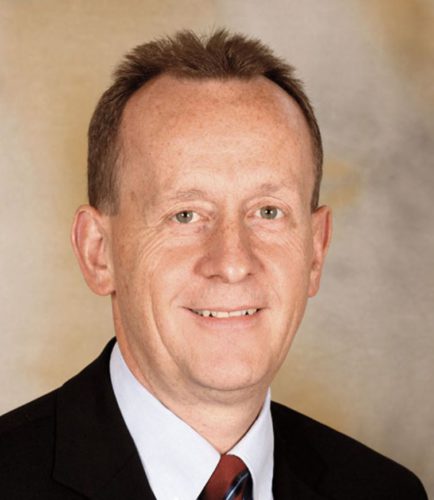 Gordon Brown’s report on changing our country’s governance is an analysis long overdue. It is worth deep consideration. I’m sure there are many elements that will have broad support up and down the country. When it comes to local government there are several proposals that seem so common sense it is disappointing that they must be stated and highlight the failures of the current government.

The recommendation that local government will have funding deals set out over a three-year period at a minimum will come as a relief to councillors and officers who had to deal with four consecutive single-year funding deals. Short termism like this harms the ability of longer-term planning and financial security.

Consolidation of funding streams and greater control locally of how funding pots are spent would also be very welcome. The current government has allowed a proliferation of small funding pots, often with strings attached and overbearing central control.

Giving powers back to local people and local leaders is the right thing to do - we know more about our local areas and economies and the priorities that need to be addressed.

Welcome too is a commitment to end competitive bidding: a wasteful process that pits areas against each other and is open to political interference. Especially welcome is a commitment that it is up to places themselves to determine how future devolution should progress.

So, in that sense it was a little disappointing to hear Sir Keir Starmer’s lukewarm response to calls for a wider Yorkshire deal, coming after encouraging comments he had made about the proposal back in October. The sub-regional devolution models already in place are making a difference as I’m sure new ones being progressed will also do. But, One Yorkshire is not, nor does it have to be about replacing what we have already, it is about embracing and improving the current system.

Our current devolution deals are at best limited, further devolution on those small geographies will also be difficult. We already know scale matters if devolution is to be successful. Not just scale in funding, scale in powers and scale in opportunity – but scale in leadership and influence. Our current devo deals cannot provide those things acting separately and alone. One Yorkshire provides that opportunity.

Our existing mayors and council leaders already meet and work well together. Further powers and resources at the regional level to the Yorkshire Leaders’ Board would enhance current devo activity and help us tackle some of the deep seated economic and social challenges the region faces; and give us the scale that’s currently absent.

Moreover, as a region working cross-party, central government would find us difficult to ignore. We would be a powerful political voice. Is that what national politicians seem to be afraid of?

To level up our Yorkshire communities we need more than a few small localised, albeit welcome investments, as currently is the case. We need to think through our regional and strategic transport ambitions. To examine our strategic approaches to tackling the housing crisis. To consider our strategic business and skills infrastructure needs and join to up the thinking already going on.

We also need to promote our region to the rest of the world effectively. We need to make sure no part of our great county gets left behind. Delivery of these policies would undoubtedly be through our Mayoral Combined Authorities and local councils.

I talked about scale being important. That is particularly true if revenue raising powers are to be exercised. The Brown report comes out in favour of increased fiscal devolution but does reflect on concerns I and others have about the potential for fiscal devo to create further inequalities across the country.

The level of tax base varies greatly between different areas and if new fiscal powers are delivered and used to fund core services, some parts of the country could fall further behind. Wokingham could raise more per head than Wakefield for any new tax that you could think of, whether that be localised income tax, further Council Tax bandings or business rates growth.

However, if these new fiscal powers contained some element of equalisation between regions and the funding was raised across a large enough area such as Yorkshire, which has a higher population than Scotland, we could harness our collective strength to deliver significant regeneration projects and drive economic growth across our region, while not losing out to currently more prosperous areas such as London and the South East.

The biggest challenge for any devolution deal – particularly when revenue raising powers are part of it – is to get public support. Yorkshire undoubtedly has that.