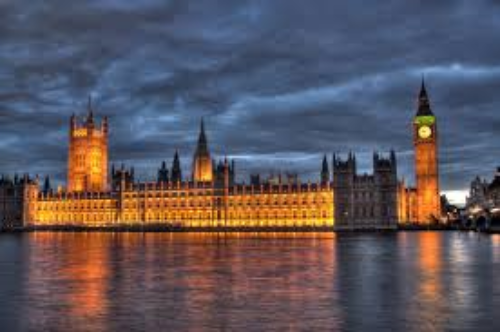 The recently published Levelling Up White Paper was certainly worth the wait when it came to length.

Clocking in at more than 300 pages, it certainly couldn’t be accused of being short on analysis.

There was much to welcome in that analysis, including the recognition that addressing the severe health and education inequalities that exist in this country are central missions of the ‘levelling up’ agenda.

However, one thing that was explicitly missing was the role of austerity in worsening many of the problems the White Paper sought to solve. The White Paper recognised the depletion of local civic institutions including local government and the worsening health and education outcomes in many areas of the UK – but failed to name the culprit.

The decade of cuts to local government is well documented, as is the fact that poorer urban authorities saw the biggest cuts. Even with the most recent settlement, which saw the largest increases go to the most deprived authorities for the first in the past decade, our network of authorities has still seen the largest cuts since 2010/11 – an average real terms cut in spending power of 26.7% compared to 18.7% for the rest of England.

These numbers in themselves can seem abstract but collectively it means that our members have a spending power of £5bn less in real terms compared to just over a decade ago. This works out to a cut of £747 per dwelling, compared to £505 for the rest of the country. That means less money spent in local economies, on local services, supporting economic growth, on libraries and youth centres, on preventative services saving money down the line, on public health and many other vital services which the most vulnerable are particularly reliant on.

This context is crucial when it comes to the ‘levelling up’ agenda and the funds which support it. On the face of it, the £500m ‘won’ by SIGOMA authorities as part of the first round of the Levelling Up Fund would be serious investment to be welcomed. However, it is less impressive when you consider that this represents about a tenth of the yearly cut experienced by our members since 2010, that it involved a costly competitive bidding process with flawed and opaque criteria, and that some of the most deprived authorities in the country, such as Knowsley and Blackpool, did not receive a penny.

It is welcome that the White Paper has acknowledged the issues with the current competitive system which pits councils against each other and set out how the government will seek to streamline these funding arrangements.

However, even if the number of pots reduces, the Government will not be able to achieve any of the ‘missions’ set out in the White Paper unless the scale of intervention drastically increases. Figure 1.14 of the White Paper, on page 19, shows the relative regional productivity of the regions of the UK. The gap is essentially unchanged since the 1930s, with London and the South East leading the way and every other region lagging behind.

In the face of historic failures to close the gap between the regions of the UK and legacy of significant cuts to local government in the poorest areas, can these piecemeal interventions really result in true ‘levelling up’? Our members remain hopeful and understand that in reality this is something that will need consistent interventions over a 20-year period.

The next test for the Government will be ensuring the Fair Funding Review for councils backs up the ambition in the White Paper by supporting councils in the most deprived areas with a sustained increase in funding. This would be a crucial first step in the ‘levelling up’ process.

Read the original article in the Municipal Journal here.