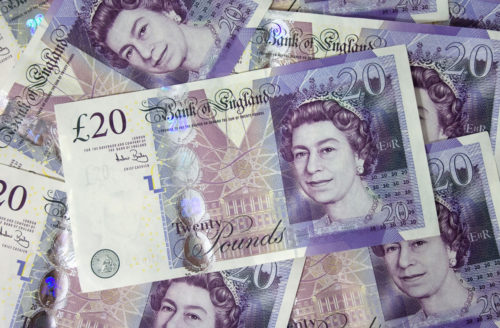 Fiscal devolution is an idea that has gained traction in recent years. For local government the attraction appears simple – allowing us to raise our own funding so we don’t have to rely on the vagaries of Westminster and go cap in hand to the government.

And as Sunak’s comments about moving funding from “deprived urban areas” showed, the current funding system is vulnerable to political interference. Why wouldn’t local authorities want to become financially autonomous if they fear the current government will give them a rough deal when writing the formulae that underpin their funding?

However, fiscal devolution is not the “levelling up” silver bullet many consider it to be. For any new tax to succeed in creating fiscal autonomy it would have to reliably raise significant amounts of money across the country. The simple fact is that if such a potential tax existed, the government would already be collecting it!

Any taxes that could be devolved would raise radically different amounts in different parts of the country – either if currently constituted taxes were devolved to an extent such as income tax, or for any new that was created.

Indeed, the local retention of business rates growth is a cautionary tale when it comes to locally raised income. In the years since the government introduced reforms to the local government finance system in 2013 there has been an ever-growing gap between more prosperous communities which have seen the largest business rates growth and more deprived areas which have seen far less.

Over the last decade there has been a huge shift in how local government is funded. As grant income has been cut heavily, council tax increased its share of the funding pot – from 40% to 60% since 2010. Increases in council tax raise different amounts across the country and deprived areas rely on a complex equalisation system to ensure we don’t lose out.

A growth in reliance on local taxes would increase the importance of such an equalisation system – one which often leaves more deprived authorities feeling short-changed. More deprived areas would become more reliant on the government and its attempts to ensure that new tax takes would be properly redistributed and safeguards to ensure that any new system did not result in extreme outcomes. It should be noted that it has been 3 years since a promised safeguard of a business rates reset (which would move growth funding into needs) was meant to occur.

The answer to this question is not new taxes, but a new reformed local government finance system where funding is based on need. The formula grant is the best tool we have for “levelling up” by building the kind of public services that support the poorest who rely on them most. Our funding system should be clear of political interference – once the quantum has been set, an independent body should determine how funding should be best allocated. The long-delayed Fair Funding Review presents an opportunity – we need to take it by stepping up and making meaningful change.

Read the full article in the MJ here.