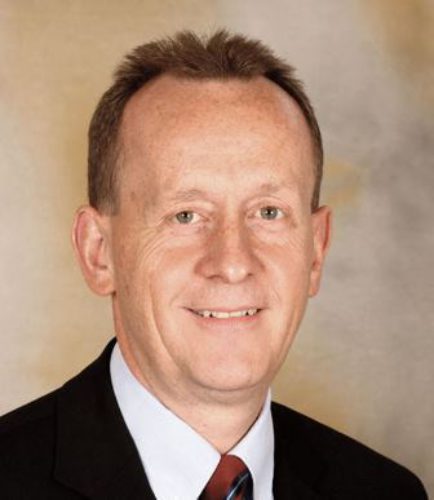 Deprived communities and poor families are really struggling. Some people are beginning to think the local government finance system is broken. Well, it is now!

Our former chancellor has been filmed boasting that he had “managed to start changing funding formulas to make sure areas like this are getting the funding they deserve, because we inherited a bunch of formulas from Labour that shoved all the funding into deprived urban areas and that needed to be undone”.

How can anyone have trust in a system which should provide resources to secure vital services for those in most need but instead is designed to reward the political allies of the government?

How can Kensington & Chelsea RBC be offered Levelling up funding and places like Barnsley MBC be ignored?

We were told we do not fit the formula - so now we know why. Rishi Sunak has let the cat out of the bag. I should be shocked and outraged. But I’m not.

The Special Interest Group of Municipal Authorities (SIGOMA) body which I chair, has been telling the truth of austerity for the last ten years and we have the data to prove It. Instead of narrowing the gap between wealthy and poor areas, the local government finance system has made it worse.

Mr Sunak’s defence is he’s putting right Labour’s formulas which were designed to help the most deprived. It’s a pretty weak argument as he tries to capture the Tory party faithful and make up ground on his rival for the party’s leadership Liz Truss, but his comments expose the political vulnerability of the system.

Indeed, earlier this year the Public Accounts Committee recommended that the principles for awarding levelling up funding should be determined before the identities of the shortlisted bidders were revealed to ministers. A recommendation sadly, but unsurprisingly, rejected by the government.

The fact is we have public services to address market failure; to ensure the economy can function effectively and to help those in most need. The whole point of the formulas is to support those deprived communities and the people within them.

Our services and our people deserve better than this. I have long argued for a finance system based upon need and ability to pay. I have no problem with incentives for economic growth but only after service needs can be met.

Yet we clearly cannot trust ministers to do this. The answer lies in creating independence and objectivity in the system. The government can and should determine the quantum to be distributed against the national financial picture. The distribution should be independently set. It works in Australia, and it builds confidence in the system. It allows lobbying, but ensures decisions are intellectually sound and not politically motivated.

If I’m honest local government also has to look at itself. For the last twenty years it’s been searching for nirvana. That is financial independence from central government. The creation of a new set of local taxes which are buoyant and which local people are happy to pay, at a time when taxation is at its highest for decades, is the stuff of dreams.

No government is going to allow an unfettered local tax base and no government will stand back and see local services fail. Even if such a system could be created it would mean wealthier areas with greater tax potential would leave the poorest far behind. Levelling down not up.

Egged on by councils in areas with strong economic growth and prosperity successive Conservative governments have thought the local retention of business rates would do the trick. They have failed and the local government finance system is broken, the business rate system discredited and the gap between prosperous and deprived communities grows ever wider.

I am happy to criticise the former chancellor on this but am also happy to criticise Labour and the other opposition parties who still talk the language of dreams. They seem oblivious to the issue of proper funding for local government – one of the most significant public service problems we now face.

Now is the time to step up and make meaningful change – councils properly funded by a needs based system, independent of political interference.

Read the article in the LGC here