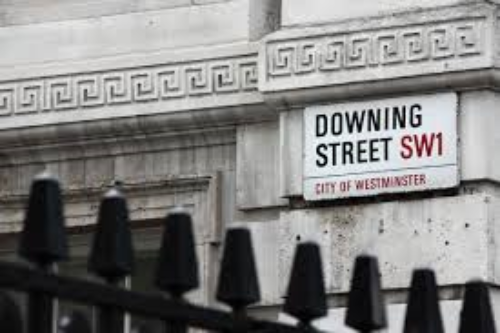 SIGOMA chair: How Gove can resurrect "levelling up"

How Gove can resurrect ‘levelling up’

The return of Michael Gove as Secretary of State at the Department of Levelling Up, Housing and Communities represents a crucial opportunity to resurrect the Government’s flagging ‘levelling up’ agenda.

Since Mr Gove’s departure earlier in the summer, there is no doubt that ‘levelling up’ has lost impetus: the Levelling Up and Regeneration Bill was facing some severe headwinds in Parliament, inflationary pressure was buffeting public sector budgets, including those across local government imperilling many regeneration projects, and the state of the public finances meant that many were fearing a return to austerity - something which would have been the end of the agenda in any meaningful form.

Mr Gove’s return was welcomed by many across local government as he is seen as a believer in investment-led ‘levelling up’, even if so far he has not quite managed to secure the level of funding from the Treasury to truly match the rhetoric set out in the Levelling Up White Paper.

In terms of getting the agenda back up and running, I have three main recommendations: resolving the immediate pressure on local authority budgets, introducing changes to the Levelling Up pots system and longer-term reforms to how local government is funded.

Let’s start with the most pressing issue – the financial pressures on council budgets. You can’t go a day without seeing news of a council facing a significant shortfall or a sector group reporting huge pressures across their membership.

Our survey of SIGOMA members estimated an inflationary pressure of more than £1bn in the next financial year, and £1.2bn in the year after. This comes after a decade of austerity and the impact of the Covid pandemic, both of which disproportionately impacted more deprived areas.

As I have said many times, quality public services are the foundation of how ‘levelling up’ can be achieved. The poorest and most vulnerable in society rely more on public services – how good their access to quality schools, public transport, housing and care services is has a huge impact on their quality of life.

For these vital services to face cuts would put ‘levelling up’ into reverse and simply must not happen. In the upcoming settlement it is crucial that councils do not see a cash cut in funding, but instead see increases in grant funding with inflation and additional funding for social care.

Councils have welcomed increasing funding available for capital projects, but the sheer number of pots and the sometimes-obtuse methods of allocation have left a lot to be desired. A commitment to end competitive bidding would be very welcome, as would greater transparency about how funding is allocated.

The simple fact is that the Levelling Up and Towns Funds have failed to be properly targeted to deprivation, and the government has left itself open to be criticised for interference on political grounds.

Earlier this year Mr Gove committed to the implementation of the Fair Funding Review by the end of 2022. While this may no longer be possible, it is essential that the government get to grips with the local government finance system. Funding is increasingly unrelated to need.

More reliance on funding sources which raise more in prosperous areas – such as Council Tax, Business Rates Growth or the New Homes Bonus – while grant funding has been severely reduced, has meant that poorer areas have seen the biggest cuts and are underfunded relative to need, while the opposite is true in the wealthiest areas.

The first step should be the implementation of the Fair Funding Review which recognises the issues with the current system, alongside a ‘reset’ of business rates growth which would move a chunk of funding to a needs-based distribution.

Our long-term proposal would see all core council services funded by grant, with the distribution handled by an independent body. We have seen with Rishi Sunak’s comments during the summer that the current system allows for politicians to meddle with the formulae and then boast about having done it! Let’s get those funding decisions free from political influence and allow experts to determine a fair distribution based on need.