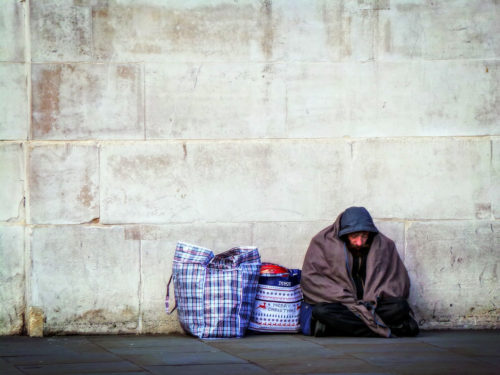 When the Chancellor delivers the Autumn Statement later this week, there will be many nervously watching on from town halls up and down the country. The Prime Minister’s talk of “difficult decisions” will remind many in local government of similar comments made back in 2010, when the coalition government began their austerity programme.

However, it is absolutely essential that the government does not repeat the mistakes of austerity. During the decade of cuts after 2010, it was the poorest and most vulnerable in society who suffered the most.

Hull, one of the top 10 most deprived local authority areas in the country, has seen a real terms reduction of £119m in its yearly budget compared to 2010/11, which equates to having £962 per household less to spend each year. Compare this to Wokingham in Berkshire. Ranked 316 out of 317 in terms of deprivation, its budget has actually increased in real terms since 2010/11.

There is a clear geographic element to this. While councils in the generally more prosperous South East have seen on average a 15.7 per cent cut since 2010/11, in the North East it is 27.8 per cent, North West 26.6 per cent and 25.7 per cent in Yorkshire and the Humber.

Cuts across the North have been 68 per cent higher than the South East. If there ever was a statistic to show levelling down, this is it.

Increasingly funding is unrelated to need. A recent report by the respected Institute for Fiscal Studies found that, following the uneven impact of cuts, the poorest councils had less to spend than their level of need, while the opposite was true in richer areas. No wonder that the IFS director Paul Johnson called the funding system for councils “not fit for purpose”.

Quality public services are the foundation of how levelling up can be delivered. I’ve detailed the numbers behind the cuts that have taken place over the last decade, but sometimes these big numbers can seem abstract – for instance, what is the real impact of the £5.1bn cut every year from SIGOMA member budgets?

The first thing to consider is the impact on local spend. Public sector spending is a big part of a local economy, particularly in more deprived areas. This includes money spent on paying wages for local staff, invested with local companies or through capital investment in regeneration projects. When local authority budgets are cut, that means less is being spent in a local area. This harms economic growth, job creation and local prosperity. Also, think of the important preventative work that councils can do. We know that spending at the acute end of a problem is very expensive – such as when someone has to visit hospital or when a child is in care – so the more that can be done to reduce this is money well spent.

A great example here is the vital work of Public Health teams. Government cuts over the last decade have been a real false economy. The failure to address the country’s significant health inequalities, which were clearly evident during the Covid pandemic, has huge implications for the NHS and the economy more widely.

When budgets are cut as ours have been, preventative services will always lose out to statutory services such as social care which we have a legal duty to deliver. This means that many councils have had to reduce these important preventative services significantly since 2010/11. All this does is pass problems down the line – where outcomes are worse and very costly.

The decisions that led to these uneven cuts must not be repeated. Key amongst these choices was reducing grant funding for councils. As more deprived areas are less able to raise funding via local taxes such as Council Tax and business rates growth compared to more prosperous areas, they are more reliant on government grant funding. This means reductions in grant cut particularly deep for the authorities in the poorest areas.

In his first speech as Prime Minister, on the steps outside No. 10 Downing Street, Mr Sunak reiterated his commitment to levelling up, which was welcome to hear. To deliver on this, a clear break in policy is required. Grant funding to councils must increase in the upcoming settlement for local government.

The Autumn Statement will be a defining moment for levelling up. A continuation of the austerity policies of the last decade will be the end of the agenda in any meaningful form. It is absolutely essential that we begin to see proper investment in public services, especially in the most deprived areas.

Local government is in a very different state compared to 2010 and the poorest places even more so. Whilst I accept that belts will have to be tightened, it wasn’t the poorest who caused this crisis, and they should not have to bear the brunt of it. The outcome of the new budget won’t just tell us about the numbers, it will tell us something of the nature of the new government itself.​​​​​​​