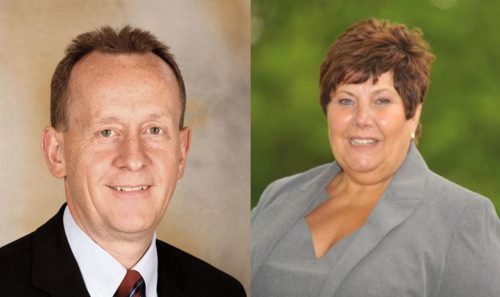 The Final Straw: Councils call time on austerity aimed at the poorest

Council leaders and MPs across the country are today making a unified stand to say enough is enough as Government proposes yet another adjustment to funding in favour of wealthier areas, following intense lobbying.

The call comes in response to proposals for the forthcoming local government finance settlement which would go back on agreed funding levels to channel even more funding into some of the most affluent areas in England, at the expense of poorer councils across the country.

The cross-regional coalition say that by 2020 deprived areas outside London will have lost out on almost £1 billion since 2010 when austerity began, through these proposals and similar policy decisions.

Cllr Stephen Houghton, Leader of Barnsley Council, who heads the group said: “These latest proposals are the final straw in a pattern of policymaking that has consistently adjusted settlements in favour of some of the wealthiest parts of the country and forced our councils to cut further and faster than most.”

“Local government finance isn’t the most exciting subject, so these issues are easily swept under the rug due to the technical jargon that surrounds them”.

“In fact, the system is so opaque that government is able to continue claiming its decisions are fair, just as it channels scarce funding to the richest parts of the country. The grim reality is that austerity has not been distributed evenly and some of the wealthiest councils have been consistently insulated from the worst of it by deliberate decisions made in Westminster.”

“But the cumulative impact of all this in practice means more deprived areas that face greater costs to support vulnerable residents, our grandmas and grandads and children who don’t have anyone else to look after them, suffer. Quite simply, it isn’t fair. When areas like Knowsley and South Tyneside who have suffered cuts to their core funding of around 30% get nothing whilst areas like Surrey who have lost just 4% get £27 million out of this latest proposal you know something has to be wrong. The Government knows it. It has to stop.”

The call also follows a recent report by respected independent research body the Institute for Fiscal Studies, which said: “because of the complexity of this system, the government was able to claim that it had ‘taken unprecedented steps to protect councils most reliant on central government [grant] funding’” but the cuts to these councils were still “much greater” than those applied to the wealthiest areas.

The group of local leaders, led by an organisation that represents the interests of 46 urban councils across the country, SIGOMA, want to see the government drop its plans to gift £153m to some of the richest parts of the country in this year’s Local Government Finance Settlement, which will be finalised in February next year.

Cllr Houghton said: “We want to see the Government allocate any additional money to local government based on need, not political convenience. The £153m they are proposing to gift to wealthy authorities this time has the technical guise ‘elimination of negative revenue support grant’ but there is no logic to it and it is going largely where it is least needed. It is £153m they could have allocated to support chronically underfunded children’s services, rather than playing favourites.”

“This isn’t a large sum of money in government terms, but with this and similar initiatives Government have diverted over £700 million into wealthier regions. It indicates a direction of travel that raises deep concerns about how funding will be fundamentally redistributed between councils in the forthcoming 2019-20 Funding Review, which could lock in disadvantage of underfunded councils for a long time to come.

“We know that many constituency MPs are similarly incensed at this lack of understanding by Government of just how close social care authorities in poorer regions are to the edge, despite all that is being said by those within the care sector. “It’s the final straw and we must make a stand. Our response to the Settlement consultation will make our position clear.”