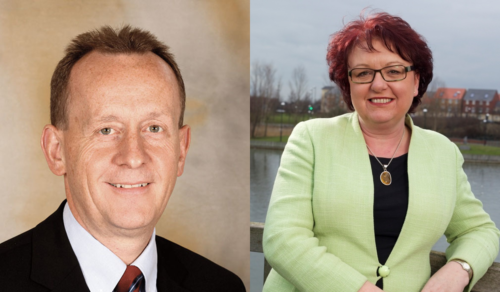 The calls come in response to an inquiry into the long-term funding of adult social care, whose public consultation period ended today, and ahead of the Government’s long overdue green paper, which proposes to set out a solution to the care crisis this summer.

“Despite already having among the highest levels of deprivation in the country, the municipal areas we represent have borne the brunt of austerity, facing government cuts of 27% this decade, compared to the English average of 21%.”

“Central Government’s main approach to alleviate this pressure has been to grant authorities the ability to increase Council Tax to unheard-of levels, forcing an ever greater burden onto struggling families. But this means affluent areas with relatively low social care demands and strong tax bases can raise significantly more than poorer, high-demand areas with mainly band A and B properties.”

“It is fast turning a historic economic divide into a serious social one whereby if you happen to live in a poorer area you’re more likely to receive lower quality care in old age or if you suffer from a long term disability. The fact is, people should be entitled to the same quality of service no matter where they live and the Government must act now to end this postcode lottery.”

The group, which represents 46 mainly urban councils across the country, has recently drawn attention to the fact that the Metropolitan and Unitary councils they represent are able to raise around 29% less per head in Council Tax than Counties and 42% less in Business Rates than London Boroughs at a time when central Government is pushing all councils towards greater reliance on these locally raises resources.

“Despite prioritising social care budgets to protect their most vulnerable residents, and having little choice but to increase local taxes, places like Doncaster, Manchester, Nottingham, Southampton and Barnsley are facing among the highest levels of demand but are some of the least able to increase spending.”

“It cannot be right that the funding of such basic services is left entirely to what can be raised locally on a random basis and it has to change. That’s why we’re calling on Government to properly fund care based on council’s need to spend.”

“Social care is at crisis point and it is essential Government finds a solution that is fair for all councils, all residents and, most importantly, all who rely on these vital services.”